A prototype electric VTOL aircraft, Heaviside, its characteristics is complete, the individual, a flying transport for mass use. Flying cars of the future, who will be spread in the transition of humanity into the living standards of cosmic civilization.

In science fiction movies, you can often see the personal flying machine, in which people are flying on business, as well as now ride on cars. Flying private transport available for the masses, it is the attribute of the next stage of development of civilization. In particular, the space attribute level of civilization. The ability to fly, anywhere at any time, give people a higher level of freedom and convenience.

Now there is a personal air transport. This small helicopters and planes. But personal vehicles are modern types are too expensive and complex to operate, to become a truly mass, especially in urban environments.

Aircraft engines are complex and require constant maintenance and expensive to maintain, especially gas turbines. Modern, light helicopters and airplanes consume a lot of fuel, and it is too expensive for most people.

Helicopters need special landing sites and create a lot of noise. One flight for the cheapest personal helicopters, worth about $ 100.

Light, Piston aircraft cheaper one flight worth a few tens of dollars, but it’s still a lot. And besides, for airplanes need Runway.

One of the alternative courses of personal air transport of the future, it’s flying machines with electric motors.

Electric motors are simple and reliable. They do not consume fuel and do not create more noise. Price charged, electric, about ten times cheaper than filling the same capacity of a motor vehicle.

Electric flying machine, in its basic characteristics fit into the category of mass personal flying vehicles of the future. For the price and ease of use, they are comparable with cars. This machine can be placed on the lawn near the private home or the car park. And fly on it in any place, quickly and independently of the road, looking down on traffic jams.

But modern flying electric cars have their drawbacks. The main drawback is the short range flight. Passenger quadrocopter, have a range of only a few dozen kilometers from the fact that the bulk of the power goes to the motors keep the machine in the air. Electric aircraft can fly further 200 – 300 kilometers, but the aircraft can not take off from the places they need Runway.

This plane can take off and land vertically like a helicopter or quadrocopter. But in flight, he picked up speed, turns into a horizontal position motors and flies like a plane, due to the lift of the wings. With high-speed and flight range of around 160 kilometers, sufficient to fly in major cities. 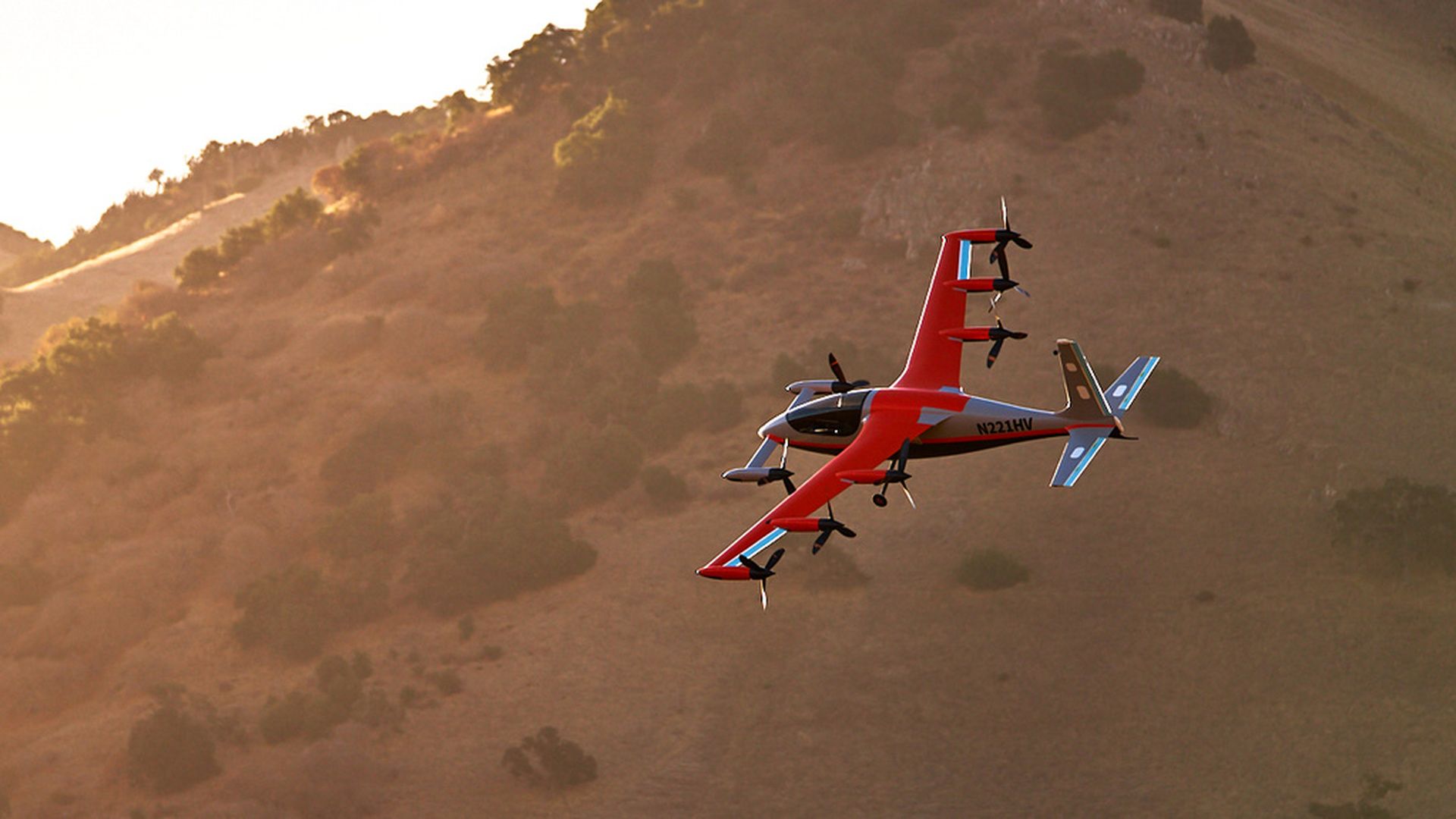 Main characteristics of the machine:

The average speed of 190 kilometers per hour, a little more than 100 miles per hour.

The plane 8 electric motors with propellers. 3 on each wing and one on the small, auxiliary wings on the nose of the machine.

Single cab, but in the future it is planned to do double modification.

Management planned both in automatic and manual mode.

According to the flight range of the machine Heaviside one of the record holders among experienced passenger drones and aircraft with vertical take-off for the urban environment. Other similar machines tend to have a range of 40 – 100 kilometers.

Range of 160 kilometers is enough for private jets. Although still weak on aviation standards. However, the range can be increased to the following modifications at the expense of more powerful batteries. Or qualitatively new batteries, such as lithium – air.

Noise level, the device is about 100 times softer light helicopter. The sound of its engines in level flight at an altitude of 100 – 400 meters, comparable to the noise of cars on the road.

Earlier in 2018, the company Kitty Hawk, unveiled a prototype of a flying taxi Cora. 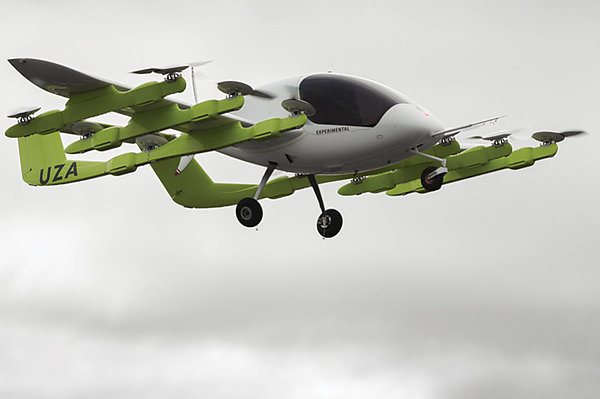 Twin, unmanned aircraft vertical take-off and replanting, with a range of 100 kilometers. With a maximum speed of 177 kilometers per hour. Which is planned to be used as an air taxi.

Heaviside plane by its characteristics is consistent with the image of a futuristic “Flyers” mass flying car.

If this type of aircraft will go into mass production, it can be considered a significant step in the transition of humanity into the living standards of cosmic civilization.

Publications by topic:   Kitty Hawk reveals its secret project, Heaviside The aviation startup has been working on the quiet electric aircraft for two years