October 9, 2019, was launched on the device «Mission Extension Vehicle (MEV-1)”, the main task is to maintain the satellite orbit and to fill them with fuel, extend the life. The orbital refueling, a joint project of the company – «Northrop Grumman» and the American space agency – «NASA». refueling satellites in orbit project, aims to extend the life of these devices, and reduce the amount of space debris. But just the first step in the development of satellite services industry. In the long run, allows to move from the existing industry space services, communications and sensing, to the development of on-orbit constant transport infrastructure and comprehensive industrialization of space.

Concept and characteristics of the tanker MEV.

According to the concept of orbital refueling Mission Extension Vehicle (MEV), extension spacecraft mission, the satellite is having a fuel tank on board capable of connecting to other satellites. Able to refuel satellites fuel and move them at the expense of its own power.

MEV concept of the program initially was proposed joint venture ViviSat, which included two aerospace companies – Us Space and ATK, with the participation of 50 to 50%. The joint venture was created in 2010 to develop the production and operation of the program – MEV. In April ViviSat joint program came under the control of one of the partners – ATK. After that, the further development of MEV program continues as ATK project.

To extend the life of the satellite, depleted fuel capacity, MEV unit can refuel satellites from its onboard fuel reserve, dock them in orbit. The device can also translate to the desired orbit satellites, working as “orbital tug”. Going after orbit correction and refueling, to other satellites.

Petrol is equipped with two “and the electric” motor, the thruster having a small capacity, but also low fuel consumption. Capable of producing a high total momentum, continuously operating for a long time in weightlessness.

According to the plan of the organizers, tanker MEV three months, should go to the geostationary orbit. The rotation speed, which coincides with the earth’s rotation speed, so in this orbit satellites, hang motionless with respect to the earth’s surface. Leaving on a stationary orbit to dock with the Intelsat satellite, which ends with an onboard fuel capacity and extend its operation for a period of about 5 years. After that it will be able to continue working for about 10 years. 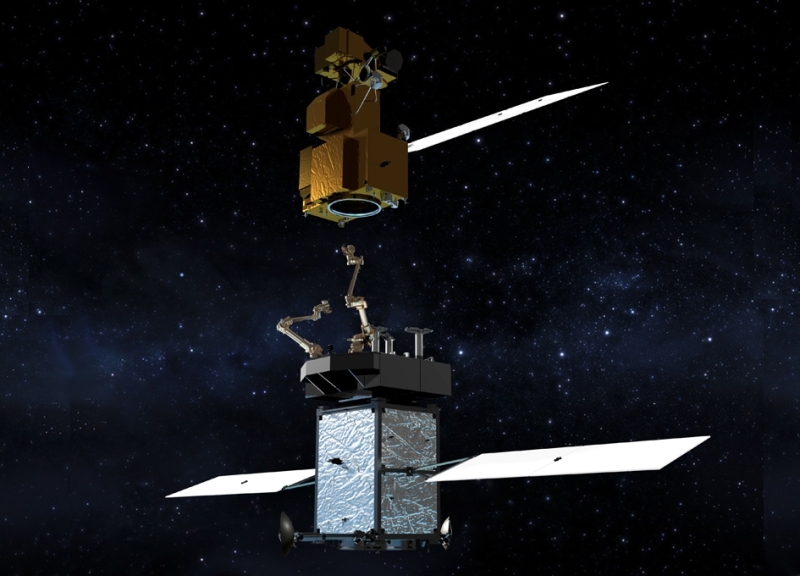 The main characteristics of the orbital tanker MEV:

From satellite services to the industrialization of the solar system.

At the present stage of space development, practical exploration of space, develop the industry in the form of space-based services. Provided by communications satellites and the “remote sensing”, remote sensing of the earth – earth observation, as well as the services of global positioning satellites. Global satellite constellation, is an extension of the Earth’s information environment. It consists of receiving the transmitting devices, video cameras and radio beacons, over which there is effective demand, but which can not be considered a full-fledged industry extraterrestrial. Because the satellites do not produce physical products, and attached to the land, can not be distributed in the space of the solar system. Demand for their work only on the ground.

At the same time, mankind has the technical capabilities to build a full-fledged space industry. But it is costly. And it will be a long time to return the money invested in it, as there must undergo a period of experimentation and the development of technology before it can operate for profit. 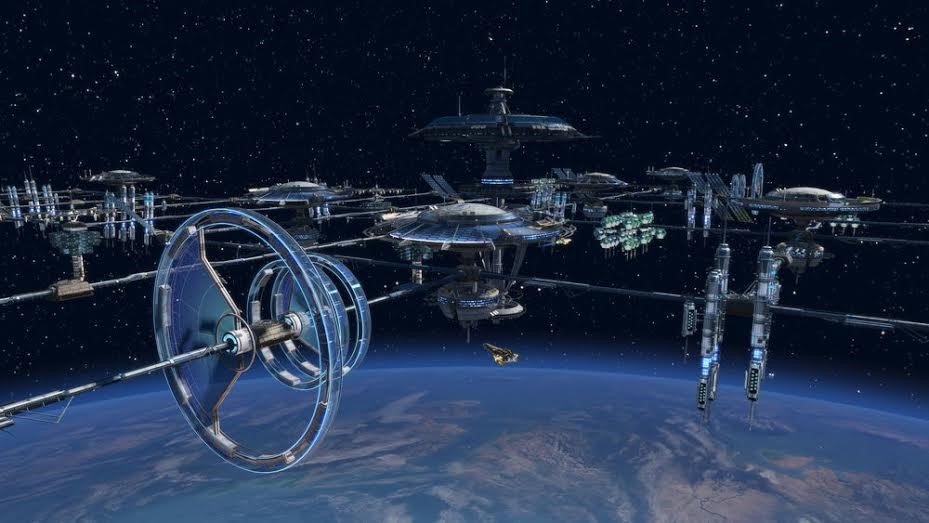 But to develop new space industrialization stages, it is possible on the basis of already operating satellite constellation. To build a new industry, engaged in satellite service and receives his income from working satellites. By extending their service lives, expanding their opportunities and quantity.

In this case, the development of infrastructure of industrial space industry will require a minimum cost, and immediately begin to make profit. Simplifying the task of commencement of commercial space exploration.

Over time, the “Industrial space group” dedicated to service near-Earth satellites, will grow, improve their technology and begin to spread to other planets and asteroids. By launching the industrial development of the solar system. Such as, for engines with remote power supply, e.g., a microwave or a laser beam from the ground, the fuel consumption is less than ten times today. And the transition to the “rocket-free” space transport means such as electromagnetic guns, space elevators or giant sling from rotating cable in orbit.

Industrial space station. Serving transport terminal connecting means to deliver cargo to the ground with a fleet of orbital tugs. The basis for the orbital tugs. Center for conducting various technological activities related mainly to the installation, repair and maintenance of spacecraft. And centers of production. 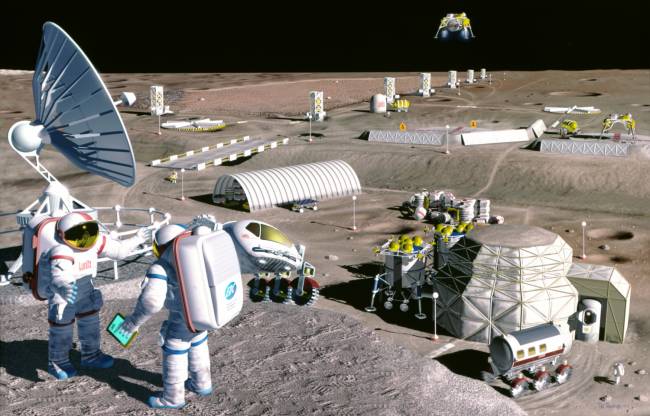 Extraterrestrial sources of raw materials. Relatively cheap sources of raw materials, for the constellation must serve raw material bases on the moon and near-Earth asteroids. Delivery of cargo into orbit from the moon or asteroids that do not require a lot of energy. C at the Moon orbit, loads can be delivered without missiles, unwinding them on the long cables to the orbital velocity. And just using complex “Rope catapult”, delivered to the consumer in the near-Earth station locations. Extraterrestrial resources, the fuel for orbital tugs, materials for construction and chemical raw materials, worth many times less material delivered from the ground. And makes profitable production development in space, to reduce expensive supply from the ground.

Petrol MEV first step towards the creation of a new space industry.

Now, space industrialization development projects are in the form of concepts, and almost no coverage in the media. But the project of orbital refueling, MEV is the first step to the creation of a near-earth satellite service infrastructure. It works orbital tug and a source of fuel for satellites.