Company «DarkStar Aerospace», dedicated to the support of business and public initiatives aimed at colonizing space, announces the establishment of the company on the basis of its focal point. Center employee associations and interactions of analysts, enthusiasts, businessmen, public figures and ordinary supporters of the colonization of space. In order to develop a global, entrepreneurial and social structure, bringing together the intellectual, industrial and financial power of humanity aimed at preparing for the colonization of space and the practical industrialization of the solar system.

It is known that modern humanity has come nearer to the beginning of colonization of space and the transition to the level of cosmic civilization. Flying in space has already begun, but has not yet led to the beginning of mass industrial exploration of the solar system. Along with that, mankind will receive access to unlimited resources. Will be able to create a high level of development and prosperity of society. 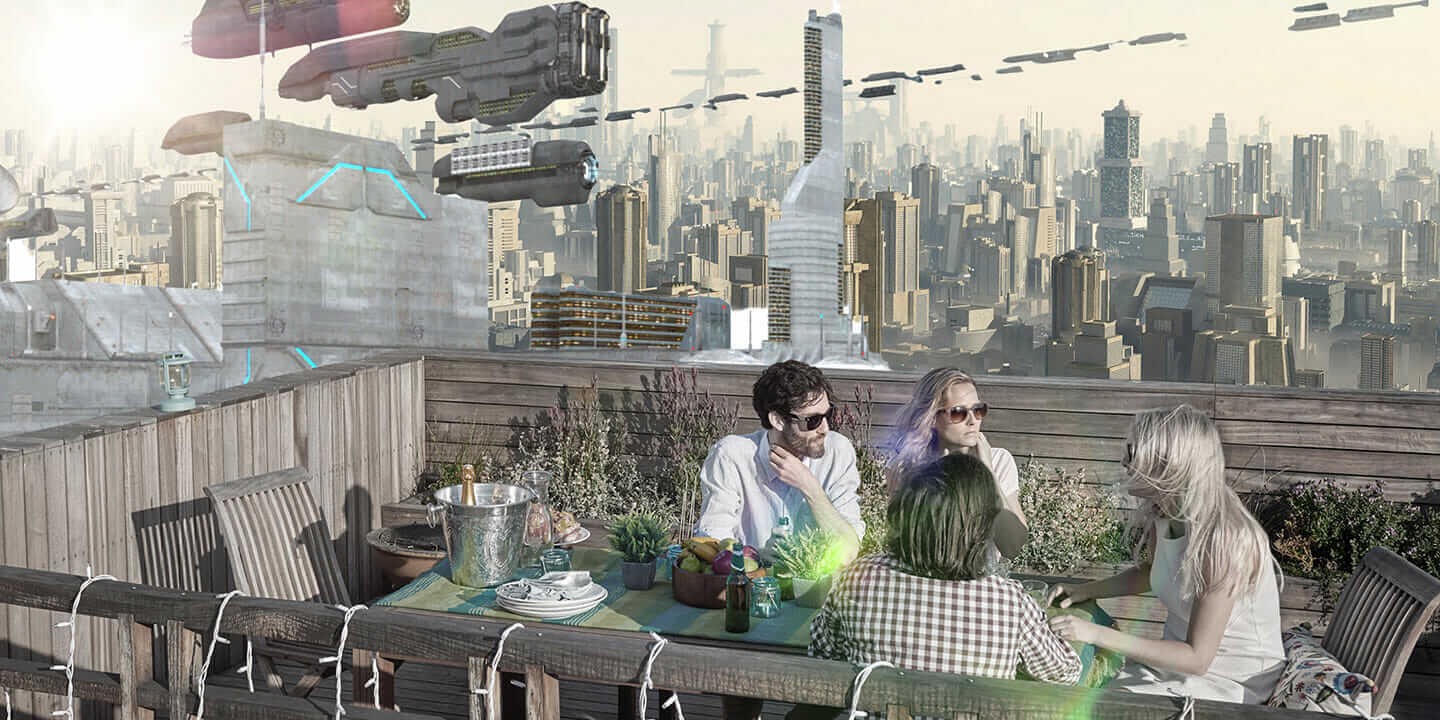 The upcoming mankind’s space expansion, largely similar to the naval expansion of the European nations, which began about 500 years ago. He gave an order in Europe access to new space and resources, which served as the impetus for the development of the economy, top scientific technological progress. And finally, lifted European countries, and after them the whole of humanity, to the level of modern science scientific technological civilization. Similarly, in the long term, the beginning of the industrial colonization of the solar system, will give into the hands of human control over new spaces and new resources, thousands of times greater than anything that is available on earth. It enables virtually unlimited growth of the industry and the economy, without threats of resource shortage or environmental crisis.

Opportunities for the development of space expansion.

According to analysts of public administrations of space, a full-scale industrialization of the solar system in the near future is not possible. Due to the extremely high prices and a lack of technology. But this opinion is justified only in part.

Technological level and economic power of modern humanity is sufficient to start the colonization of space. There are many projects of new space transportation infrastructure, much cheaper and more efficient. There are well-developed and cost-effective development projects extraterrestrial resources. Such as production materials for construction, fuel, the valuable metals, the moon, or asteroids, orbital construction of solar power plants. Development of space production, which will allow to receive the bulk of the goods and supplies into space, without spending money on expensive shipping from the ground.

Main, a promising direction of space production is the use of digital technologies. 3D printing parts with automatic assembly of finished products. And micro-factories – “Replicators” capable of producing copies of themselves quickly and “multiply”, subject to the availability of mineral resources and energy. Advanced Space replicators micro factories, machines are relatively easy and not expensive. In weight and cost, comparable to modern satellites and orbital stations modules. But in space they can create multiple groups, consisting of micro-factories and universal robots, hundreds or thousands of machines. Groups of replicators, will build bases, industrial plants and infrastructure. The industrialization of space with them, there will be in excess of expensive, but it will be fast, large-scale and extremely profitable.

To prepare for mass industrialization replicators space, best to develop the massive industry of micro factories replicators on the ground. Translate earth industry on technologies that enable without significant obstacles to continue its expansion in the solar system. To all terrestrial industry was able to start mass migration into space, after one stage of technological modernization. This approach allows us to proceed to full-scale colonization of space is many times faster, without strong restraining barriers, and much more confident.

Preparing for the colonization of space on the ground, through the development of technologies and industrial infrastructure, capable of working in the future space industry, “Sub-space industry” is one of the main activities of the focal DarkStar Aerospace.

The global economic potential, it’s $ 70 trillion a year. If there are cost-effective space industrialization program in the near term, private firms can be involved in its turn tens of billions of dollars. That’s enough for the first stages of growth of the space industry, the expansion and maintenance of the satellite constellation satellites. It is possible in the next 5 – 7 years.

In the following steps, the development of mass production space, transport infrastructure, valuable resources mining on asteroids and space solar power, 10 – 15 years, momentum will grow to trillions of dollars a year.

These numbers are approximate, if the first development projects on the ground micro factories replicators, will be a good result, a full-scale industrialization of the cosmos begin soon.

The role of private projects in the upcoming space colonization.

State Space Administration does not make for a practical space colonization of anything, just because I do not aspire to this goal. They use scientific space programs to support the power status. Their goal is a race for the record and prestige, but such goals to space colonization will never, regardless of funding. 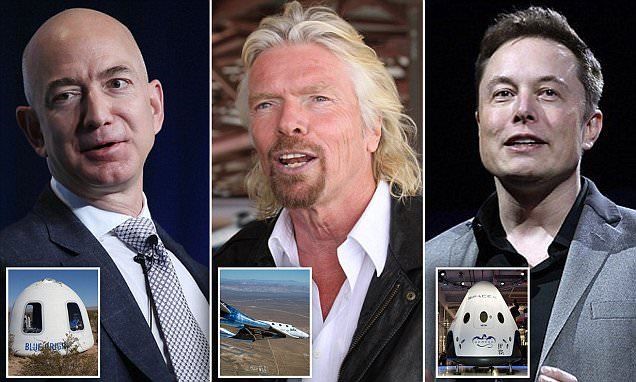 In recent decades, to the exploration of outer space began to actively connect private players, with more practical goals. Benefits of space privateers that their goal is a race for space resources and profits of space industrialization. Industrial investment in contrast to the state budget, are not particularly limited. Private traders have the potential to create a transitional bridge from the Earth to the space industry, and involve earth industry in the process of industrialization of the solar system.

Disadvantages of private projects is that they are separated, have no interaction with each other and with the earth industry. Do not know how to use industrial investment, and do not have a global, long-term, on the industrialization plans of the solar system. And because the majority of the space privateers and startups do not have the money to implement full-scale space projects, and they are engaged in the main experiment. 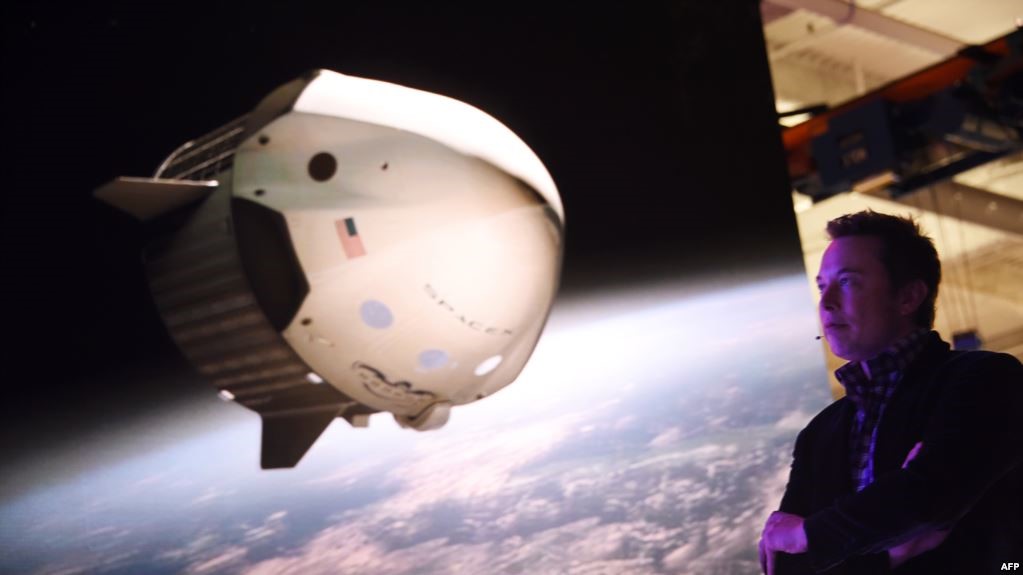 Good results have only the firm Space – X that created the park budget, partly reusable rockets. It plans to create a super-heavy vehicles and a global system of low-cost satellite communications. But the Space – X could achieve much more, in cooperation with the major programs of space industrialization. In this case, they would be members of large-scale, far-sighted, programs and would draw their missiles are much more industrial investment.

DarkStar Aerospace role of the focal point, in preparation for the upcoming space colonization.

The main tasks of the focal point, it is:

Strategic planning.  Development of a global strategic plan of preparation for space colonization and its practical implementation. Suggesting roles between the parties and their coordinated interaction among themselves. Interaction with industry and the public land. Strategic plans should be calculated on the current state of private space projects, prior to full-scale industrial development of the solar system. To the planning horizons are not limited to “local task”, the scale of individual projects, and results in significant individual projects, but intermediate, or minor, in a global goal, began the colonization of the solar system.

Interaction with mass business.  The alignment of the coordinating council of the relationship, individual projects and start-ups, with a mass of business environment through networking of the business community, and some start-up projects. Serves to engage a mass of business and decentralized, “garage”, the industry in the transition to the production technology of the space age. And of mass economic basis for future space colonization.

Interaction with society.  The alignment of the coordinating council of the relationship, individual projects and participants, and society through the clubs and social movements. Skips society on the living standards of cosmic civilization, involving people in the process of cosmic expansion, by private and public levels.

A little bit away from you.

I Nikolay Agapov. Off-system innovator and advocate of space expansion. I have several projects related to the preparation for space colonization.

This organizational project, the creation of the world financial and industrial group, the space industry.  And the plan cost-effective industrialization of Earth orbit. Consisting of several stages, starting with the satellite service industry and the creation of satellite networks for communication via the serial cell phones. A further development of the industrial center in Earth orbit, orbital transport infrastructure, orbiting solar power plants, and raw material base on the moon. Read more in a previous publication:  http://globalscience.ru/article/read/20728/

In the future, similar to the industrial group can be created on the orbit of Mars. “About Martian industry” should be engaged primarily of resource extraction in the asteroid belt. But also can accelerate the colonization of Mars, as it creates a direct economic justification for the development of active work in the vicinity of Mars. And for the industrialization of the Martian orbit, will follow the establishment of permanent bases settlements on the planet’s surface. Read more in a previous publication:  http://globalscience.ru/article/read/26070/

Space projects of industrial, transport and energy infrastructure, available for private teams.  Projects creation of the first, experimental, space, industrial bases, in miniature versions. Much cheaper than the full-length base, and affordable and complexity for startup teams. Project orbital generators, able to enter into orbit by solar energy and its own engines, and continue to work as a solar power components. Can significantly reduce the cost of development of space solar energy. Several projects are a new generation of space transportation infrastructure. And other similar projects.

Plans for the development of business networks in the field of small and medium-sized businesses.  To go to space-age technology, media, garage, industry. Having the highest rates of growth and improving technologies. The ability to rapidly and scale to transform the mass of the earth industry, the industry of the space age, the ability to spread in space. Previously announced in GlobalScience:  http://globalscience.ru/article/read/27808/

And plans to conduct social activities, to promote the idea of ​​space expansion in the society as a transition to the standards of living space civilization. The development of clubs and societies, “People of the space age.”

My plans and initiatives are broadly consistent with the strategy of DarkStar Aerospace focal point. So I decided to join the center, and work in its composition. Coordination Center facilitates the development of any activity. An organization established to support projects related to the movement of the transition of mankind in space age, as well as the development of this movement.

The transition to the space age is the future of mankind. Personal participation in shaping the future of this exciting and promising activity. I call on all supporters of space colonization, join focal point DarkStar Aerospace. Great things easier to do together!