Testing qualitatively new solar cells based on organic materials and pervovskite in space conditions is one of the steps towards the transition of the earth to solar energy, the creation of a fleet of orbital tugs and orbital solar power plants.

On August 12, at the request of the Technical University of Munich (TUM), a test was carried out on photocells based on perovskite and polymers. On a suborbital, meteorological rocket that took off 240 kilometers above the ground.

The purpose of the experiment was to evaluate the efficiency of photocells based on perovskite and polymers in space conditions.

Now in solar energy on earth, and in space solar panels, silicon-based solar cells are mainly used. The first solar cells were silicon, since then they have traditionally been used in solar energy. The advantages of silicon solar cells, in their durability, their production technologies are well developed.

Currently, alternative types of photocells have not yet been finalized for industrial use, but active development is underway in this direction. If it is possible to increase the service life of the new photocells and replace the toxic lead in the perovskite composition, they will become widespread.

The energy revolution associated with the entry of cheap solar cells on the market may occur in the coming years.

In space, new types of thin-film solar cells could also take solar energy to the next level.

Traditional silicon solar panels are heavy for space. Solar panels based on film photocells, one micron thick, will be tens of times more efficient with the same mass.

The tenfold increase in the power of solar panels will provide new opportunities for the development of electric jet engines. These are motors with external energy supply, plasma or ionic. They consume little fuel, but have low traction. The thrust of electric propulsion motors is mainly dependent on the power supply. Modern electric jet engines have thrust of a fraction of a gram, and they accelerate the devices to the required speed for years. They are used in interplanetary scientific probes to study distant planets, to which to fly for many years, with such a flight duration, they are more efficient than chemical engines. And to correct the orbit of near-earth satellites, help them counteract the solar wind and correct random orbital deviations, without large expenditures of fuel. But with the advent of highly efficient film solar cells, 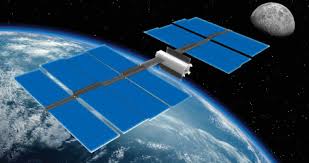 Orbital tugs, with film solar panels, will pick up speed not for years, but in a month or a week, an acceptable time frame for flights in earth orbit for commercial purposes. Orbital tugs, a reusable, efficient and inexpensive vehicle for flights between orbits near the earth with loads. They can connect near-Earth space with cheap and constant transport links. They will make it possible to transport satellites to orbital stations for maintenance and repair. Orbital stations from research laboratories will turn into reference points for the development of extraterrestrial industry. Technological activities and production will begin to develop on them. 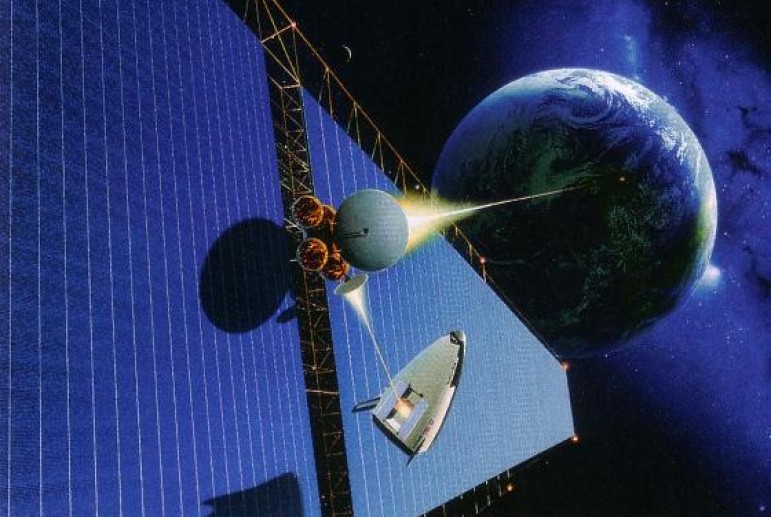 The advent of inexpensive, lightweight solar cells on the market will accelerate the creation of orbiting solar power plants. Now there are projects of orbital solar power plants, but they are not profitable, the price of their energy is 3 times more expensive than the market one. But with the advent of cheap, current-film solar cells, the price of space solar energy will be several times lower than the traditional one. Unlike the earth, in space, the generation of solar energy does not depend on the weather and time of day; its resources are virtually unlimited. Space solar energy is a promising market with trillions of dollars in turnover, and this money will be invested in the space industry, accelerating its growth and development.

Market entry of inexpensive, film-based solar cells will accelerate progress in solar energy development on earth and in space. Accelerate progress in the industrialization of space. The recently passed space test of photocells on polymers and perovskites is just an experiment. But every new industry begins with such experimentation, followed by experimental work and the transition to mass production.